We honor our ancestors by remembering the wisdom of life, to nurture communities towards a reciprocal world.

At the Ayni Institute

We are living in a time of transformative change. We believe that the only way to change a system is through building a new one that can meet people’s needs at a higher level. There are many people working to create change; whether they are strong communities, alternative institutions, popular movements, training programs, and others. The Ayni Institute is looking to engage and support those which are creating something special that can bring our world towards reciprocity.  We are deeply guided by the wisdom of these areas: Memory, Alternative, and Movements.

Learn More About Us

We support and develop projects that are looking for breakthroughs in the following 3 areas: 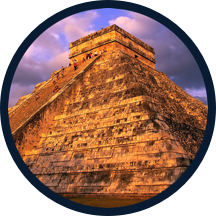 The genesis of our problems lies in the last 5,000 years of history. 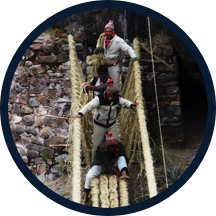 What is an alternative when it doesn’t change the mainstream? 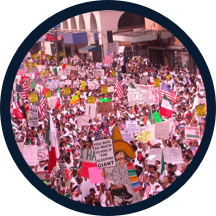 The Art of Transformation and Science of Engagement.

Since our founding training Movement Mastery:The Psychology of Organizing and Trainers’ Academy in 2012, we have been developing many other strategic trainings that are accessible to various communities.

Carlos Saavedra, our founder, met people like Paul Engler, Jorge Ruiz, Lissy Romanow, and we moved from being training institute to an institute of institutes. Together we looked for innovators and built learning communities around their visions. Some of the trainings that have come out of these communities are SWARM: Decentralized Organization, Momentum: Science of Popular Movements, Frontloading: How to Incubate a Movement, and the rare Long View which encompasses 5,000 years of history in 6 days.

We have also incubated projects like the Momentum Community, a training program that seeks to bring the science and wisdom of popular movements to leaders in the world. We are also proud to have supported projects like Relational Uprising, a truly revolutionary approach of shifting our culture towards greater interdependence.

Our newest incubation is Mysteries of the Andes, a nine-film documentary series narrated by indigenous communities in the Andes and Amazon, in their own language, in their own vision. Director Jose Huaman Turpo and Producer Alejandrina Calancha have worked for decades to bring the vision of indigenous communities forward. We are excited to be their supporters and to bring the first holistic visual project of indigenous people of the Andes and Amazon to life.

“In theory there is no difference between theory and practice. In practice there is.”

We are currently working on:

The Ayni Institute will be bridging together two nations as we host events to immerse participants in art, culture and wisdom of indigenous communities of the Andes and Amazon of Peru.