The Ayni Institute will be bridging together two nations as we host events to immerse participants in art, culture and wisdom of indigenous communities of the Andes and Amazon of Peru. 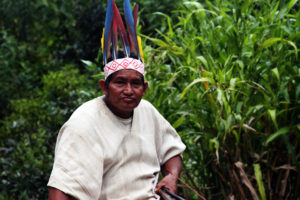 Chief & Healing Elder of the Huachipaeri community in the Amazon of Peru
One of the protagonists of Voices That Heal, a documentary about four different Amazonic villages in Peru – their healing practices, their values, beliefs, and their languages, which are on the verge of extinction. He has in-depth knowledge of medicinal plants of the Peruvian Amazon and has extensive experience in healing spiritual and physical ailments. 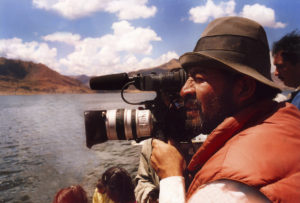 Director, Photographer, Producer in Cusco, Peru
He is an indigenous filmmaker from Peru with over 30 years of experience in all areas of production – from assisting with props, lighting, sound, and camera to directing and photographing – and has extensive experience in research and filmmaking. He focuses on making ethnographic documentaries which express the memory, legacy, knowledge and collective imagination of indigenous communities. He is also Director of The Mysteries of the Andes series. 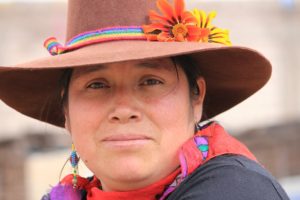 Producer, Quechua Radio Show Host in Cusco, Peru
She is of Quechua origin and has academic training in Social and Linguistic Communication from the University of San Antonio in Cusco. In the 90s she was dedicated to radio journalism and still continues to host her own program in Quechua. In 2005, she began working alongside Jose through translating, editing and producing documentaries. She is also Producer of The Mysteries of the Andes series. 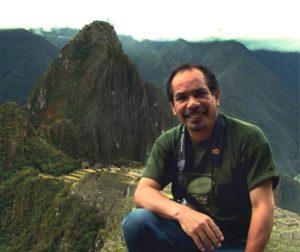 Professor, Artist & Author in Lima, Peru
He has immense knowledge about Andean symbols, architecture and megalithic art and will share with us the knowledge in his two books “The Wira Qocha Code” (2001) and his most recent release, “The Secret Code of Machu Picchu” (2017).

ON THE ANDES
– The Andean People Post Colonialism
– The Importance of Rituals & Collective Work
– Machu Picchu: What can one of the 7 wonders of the world teach us about life?

ON THE AMAZON
– Amazonian Healing in Peru: What is the Amazonian way of life?
– Medicines & Sacred Plants in the Amazon
– From the Amazon to the Andes
– Voices That Heal – find details on the documentary Premiere below!

Become A Sponsor of this one-of-a-kind Seminar through a donation of your choice.
We will put your name/logo on the program and website, and we will recognize you at our event.
If you’d like to ask your organization to sponsor our Seminar, click here for a sample Sponsorship Letter you can copy and then edit.
BECOME A SPONSOR TODAY!

Support us through sending an email to your organizational list, sharing the event on social media and giving a donation of any amount (find the resources to do that here). We will also put your name/logo on our program and website, and we will recognize you at our event. Click here to donate as an organization.
Organizationally Endorse Here!

Volunteer at the Seminar

Help make the Yachay Seminar a success through donating your time as a volunteer!
Sign up to Volunteer!

Sign up HERE to host people coming from out of town

The Premiere of Voices That Heal

This is the most recent film from The Mysteries of the Andes, which features healing practices, the cosmovision and the native languages that are on the verge of extinction of 4 indigenous communities of the Peruvian rainforest.

Thank you to our Supporters!