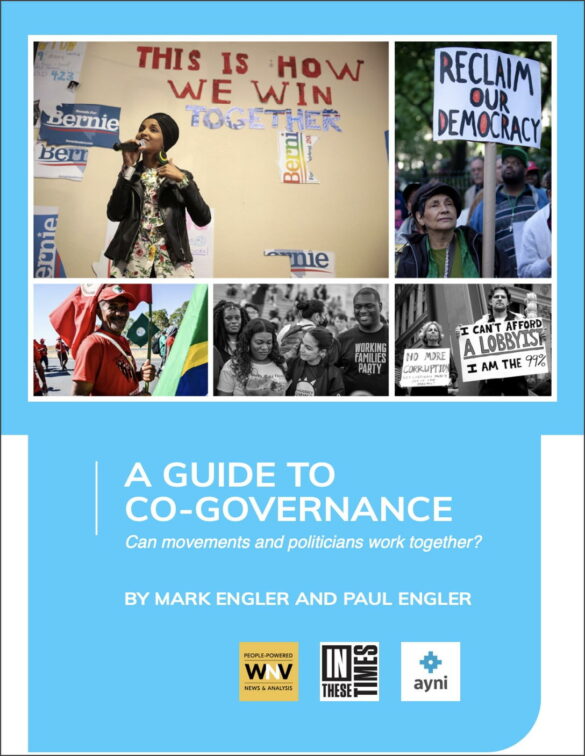 A GUIDE TO CO-GOVERNANCE

In recent years, “co-governance” has been invoked with increasing regularity in social movements in the United States, but it is often not well defined or examined in depth. As a result, many people may wonder: What is co-governance? And why is it relevant to progressive politics?

As an answer to these questions, we are pleased to announce the release of a new report: A Guide to Co-Governance: Can Movements and Politicians Work Together?

This report began as a series of articles published in early 2022 on the theory and practice of co-governance. In preparing these articles, we undertook a review of existing literature on co-governance and conducted a variety of interviews—both formal and informal—with organizers, scholars, and other social movement participants. Given the feedback we received on these pieces, as well as the desire expressed by several organizers to use this material for training and group discussion, we decided to compile our published articles into a single report, which could be more easily accessed and distributed. The Ayni Institute, Waging Nonviolence, and In These Times have joined in partnership to release and distribute this document.